Starting primarily on May 12th, BTC, link, and many other major cryptocurrencies have taken a huge hit.

Primarily starting with Tweets from Telsa CEO and Co-Founder of SpaceX, Elon Musk, announcing Telsa will no longer be accepting BTC transactions to purchase Tesla vehicles. He stated he did not intend on selling any of the companies several Billion in BTC, but claimed he had to stop due to "environmental damage" claiming the carbon footprint left by the coal used to generate the electricity mine it is too harmful for the environment, and would not go back to using it till a more eco-friendly energy source is found for BTC. 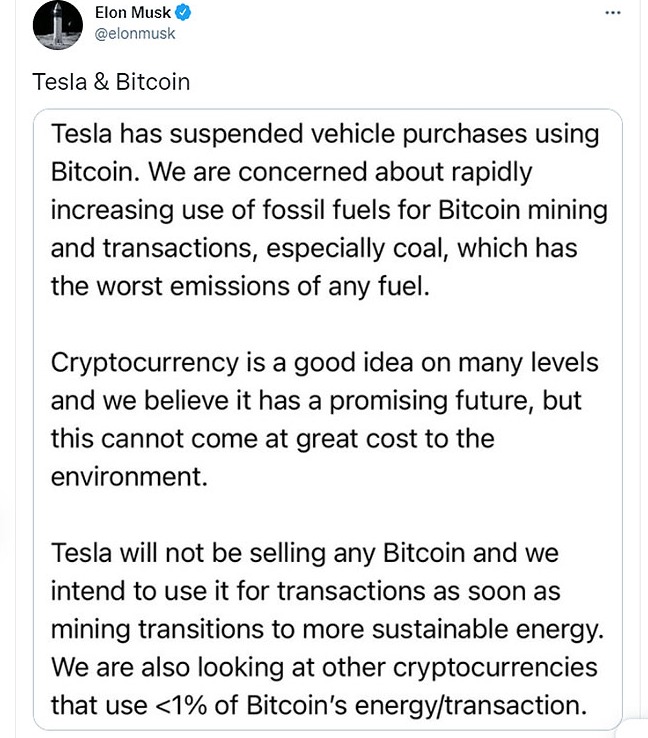 This, along with many other tweets seeming negative toward BTC, began a large chain reaction that plumed the value of most cryptos as a whole.

Here are the values of some major coins (from May 1st to Today, June 17)

-What do we at BWI think?
First off, don't you think its pretty strange, Tesla, the company that manufactures ELECTRIC CARS, is no longer accepting BTC because it uses ELECTRICITY?

Yeah. It's pretty obvious. It seems, Mr. Musk, who has single handle been testing his ability to change the crypto market with his viral tweets, intentionally drove down the value. Why? TO BUY MORE! So when it goes back up, he has more than he did before.

People are still buying. Don't let the temporary planned plummets scare you into selling. Hold. It will climb back up!

-(please remember, we are not licensed financial advisors, we just share our opinions from our own experiences and knowledge. Anything you do with this information, regardless of the outcome, we are not responsible)