Here is some interesting data we looked at this morning regarding 1-year values of Dow Jones and BTC compared to each other.

For those unaware of what the Dow Jones is, here is an accurate definition from Wikipedia:

"The Dow Jones Industrial Average (DJIA), Dow Jones, or simply the Dow (/ˈdaʊ/), is a stock market index that measures the stock performance of 30 large companies listed on stock exchanges in the United States.

Although the DJIA is one of the oldest and the most commonly followed equity indices, many professionals consider the Dow to be an inadequate representation of the overall U.S. stock market compared to broader market indices such as the S&P 500 Index or Russell 3000. The DJIA includes only 30 large companies due to the lower number of American stocks during the index's creation in the late 1800s, and due to the era's data limitations the DJIA is weighted by stock price unlike later stock indices which use company value. Furthermore, the DJIA does not use a weighted arithmetic mean.[4][5][6][7]

First calculated on May 26, 1896,[2] the index is the second-oldest among the U.S. market indices (after the Dow Jones Transportation Average). It was created by Charles Dow, the editor of The Wall Street Journal and the co-founder of Dow Jones & Company, and named after him and his business associate, statistician Edward Jones. The word industrial in the name of the index initially emphasized the heavy industry sector, but over time stocks from many other types of companies have been added to the DJIA.

The index is maintained by S&P Dow Jones Indices, an entity majority-owned by S&P Global. Its components are selected by a committee. The ten components with the largest dividend yields are commonly referred to as the Dogs of the Dow. As with all stock prices, the prices of the constituent stocks and consequently the value of the index itself are affected by the performance of the respective companies as well as macroeconomic factors."

we went into google finance, (which is a good and easy to use tool for charts of stocks, currencies and more)

and this chart really shows just how lucrative BTC and other cryptocurrencies can be! 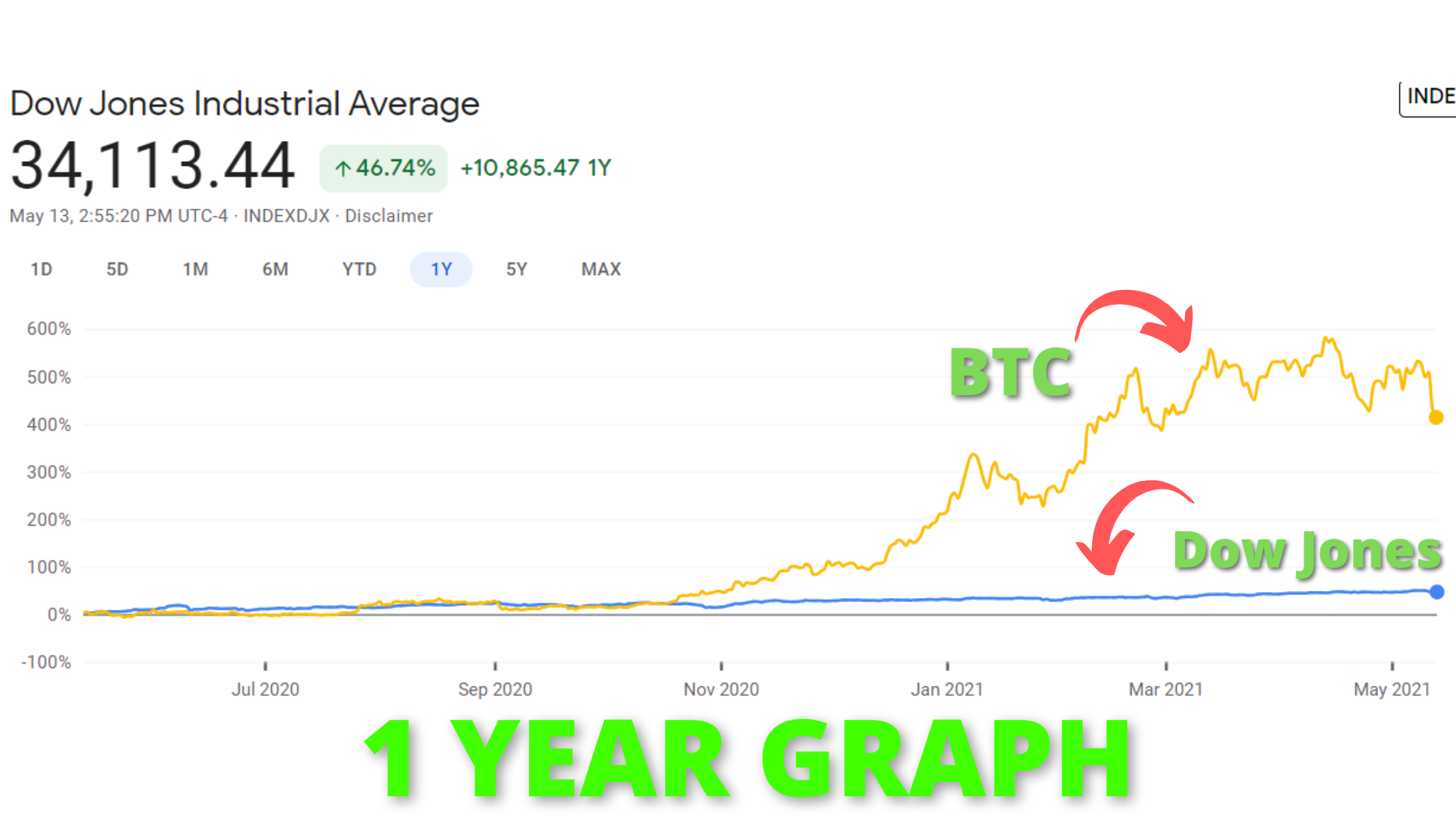 While the Dow Jones has had decent growth with a record of 478%, BTC makes that look tiny with the top growth number being 587% reaching a peak value of $63,000.

look at the chart yourself

So tell us, what are you going to invest in this year?

tell us on social media!